You’ve this great game you wanna play with but, when you try it, your graphics card says “no way, I’m just too old”. So, what do you do? Sure, you could just give up and do something else, but c’mon you really love that game, so you buy a new card. But things are not that easy… are they?

That’s what happened to a friend of mine. He bought a new nVidia and two 2GB DDR2 memory modules. He phoned me cause his computer was doing “weird” things, like starting up in three minutes showing all BIOS messages letter by letter… I mean it, you could see how letter were actually be printed on the screen.

There was a reason for that strange behavior to happen… he forgot to check the manual of his motherboard. The graphics card requires a PCI Express x16 while his motherboard built-in PCI Express is only an x8 one. Honestly I didn’t know that plugging in a x16 on a x8 could cause that kind of behavior :S

Unfortunately downgrading just the graphics card was just not enough. The sound card (and it was an integrated one) was missing. Windows 7 x64 didn’t find any sound devices at all… where was it then?

Apparently it was a memory limit. Windows was detecting 4GB of RAM, but only 2,98GB of those where actually usable and it was causing some issues. Removing one of those modules did the trick.

Yes… he has an extremely powerful graphics card on its box cause his motherboard is incompatible and one 2GB module also in its box for the same reason. What can we learn from that? Always check the motherboard’s manual before buying anything! 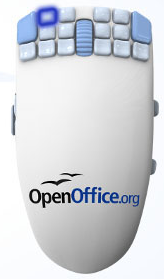